Crown Freedom - Got God On My Side 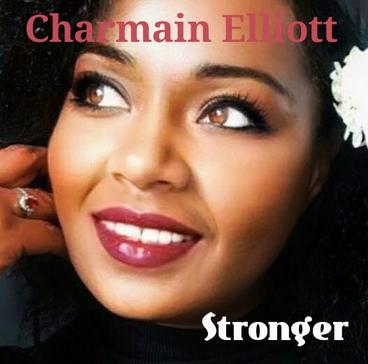 For Sherry Ann Maughan, it all began in John’s Village, San Fernando in the south of Trinidad.
There she grew up in a musical family and started singing from as early as three year’s old at Ambassadors for Christ, a church founded by her grandfather. Sherry groomed her singing abilities at her home church under the watchful eye of her aunt, before relocating to another Caribbean island, Barbados. Only eleven years old when relocating, though Sherry Ann had to settle in a new country, her singing journey continued. This time at The Sanctuary Empowerment Centre where she became active in the worship and youth ministries. Sherry Ann has always had a passion for singing and writing and wrote her first song at age sixteen called, “One in a Million”.
Since then, she has worked with choirs at her local assembly, designed and implemented training programmes for youth and has appeared at national events as a solo artiste or as backup vocals for leading artistes. Then came 2014, Sherry Ann’s breakout year. She won the annual FLOW Life 97.5 FM Gospel Challenge with a cover of Mary Mary’s “Yesterday” in an experience which she describes in this way, “God met me on stage”. Her ministry on that night was simply stellar and won her the title from a field of 10 finalists with the highest points from the audition rounds, which included singers from all across Barbados. On a mission to advance the Kingdom of God through music, four weeks after winning the FLOW Life 97.5 FM Gospel Challenge, Sherry Ann released her debut single, “Born to Worship”. This song with its catchy “Hallelujah” hook line and strong Caribbean rhythm not only gets you moving but its lyrics compel you into your own private praise and worship session. “Born To Worship” has already become a regular on airwaves around the Caribbean and presents Sherry Ann’s versatility as worship leader and soloist, capable of liberating souls with top-charting ballads, to an artiste that gets you in the praise groove with sweet soca/calypso fusions. 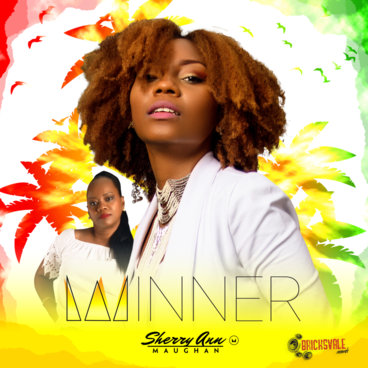 The 1st ever BBC Gem Award Winner 2003 for Best Female Newcomer for her first ever solo album: “Don’t Blame It on
The Past”, Winner by public vote for title track God Stood With Me (single) She is a Vocal Trainer/Artist Developer which has taken her all over the world. She is also the founder and director of Gospel outfit Giant Ensemble which is a team of 24 professional musicians, dancers and singers, songwriters and vocal, dance and music coaches; and Musical Insight Functions Band. She grew up singing in church and later joined Croydon SDA Gospel Choir (winners of Sainsbury’s Choir of the Year for 2 years running) under the leadership of Professor Ken Burton. Other artists worked with as BVs: Mark Almond (Royal Albert Hall); Michael Bouble UK Tour 2008, Lionel Richie (Prince’s Trust Event), Stevie Wonder, Will Young (studio recording for Grace and also for Princes Trust concert), Shane Ward (as 1 st vocal coach after his X factor win and BVs for Pop Beach, CDUK, Top of the Pops), Fame Academy and CDUK and Top of the Pops for Lamar. Also for Rick Ashley world tour Platinum Album live gigs and Album recording. Sam Smith World Tour recording project and live gigs for album tour and various other studio sessions with other artists. She is also newly signed to PMI Records. Her 1st album to be used for film and media, with a brand new album project being written to be released later in 2019. Long awaited new single “Stronger” for release June 2019 is a collaberation between Charmain and youngest son Anthon Dinnall aka “Twarnie”, music producer and founder of record label BlackRibbon Universal. Music composed by Anthon, song written and composed BY Charmain. Pre release performed at The Commonwealth Gospel Concert and Inspire Me FestivalShe has also been working as singer and songwriter with the following producers 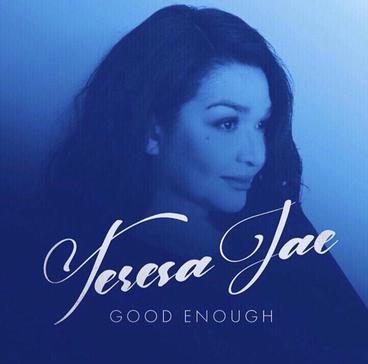 Teresa Jae, is a singer and songwriter from Sacramento, California. She has served as a worship leader, choir and vocal director in a major urban church in the Sacramento area for over 13 years. With over 13 years’ experience as a gospel artist and contemporary christian singer she has had many opportunities singing, performing and recording with numerous gospel artists and contemporary christian artists, both local and professional including, Israel Houghton, John P. Kee, Lincoln Brewster and BJ Putnan. Teresa is currently starring in the Gospel Musical "Family Bonded", "Family Bonded Christmas" and presently is shooting the Pilot and season 1 of the “Family Bonded” the sitcom, where she is a featured actress.  Teresa’s passion is to share the complete and unconditional love and acceptance of Jesus Christ and to teach from a place of total surrender through uninhibited worship.

A few years after star-studded casts of Seth, Nirva, Israel Houghton and PJ Putnum wrote the heartfelt lyrics, Ibe Giantkiller returns to streaming platforms with the catchy remix of "Pour It Out".

Originally appearing on Seth & Nirva's 2016 "Never Alone" album, the latest version of Pour It Out by Ibe is set to be a barrier breaker in the gospel music industry with its twist of Afrobeat, R&B and reggaeton melodies.

Its inspirational story happened by divine meeting with "Seth & Nirva in Cape Town while touring with Noel Robinson," said Ibe Giantkiller, who released Perfect last year.
"They are the cutest couple you could ever meet, so we spent a little time with them. We got talking about working together and asked if I could take "Pour It Out "and do something with it. I remixed it, then featured on the third verse which by the way was written by Noel Robinson". The rest, as they say, is history, and more history. You can download and stream this new single on all major digital platforms.

Hailing from the city of Chicago, Tyler title gained his nationwide following from the ever popular TV show “BET Sunday Best.”  The 19 year old raved fans every week with his sultry gospel sound.  Tyler’s emerging popularity on the show gained him a position in the “Top 3” contender alongside Kefia Rollerson & Tasha Page-Lockhart. 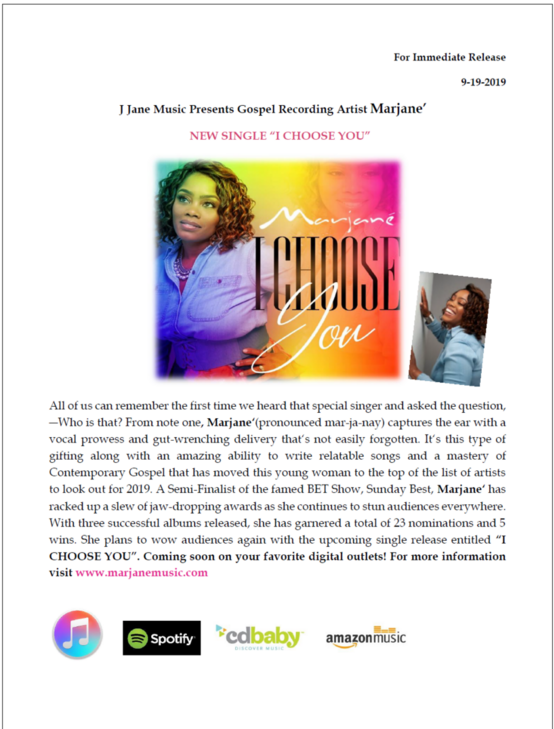 UGNJAMZ POWER PLAY TRACK OF THE WEEK (July 15th - 19th) #ugnjamzpowerplay #trackoftheweek at 7.30am and 8.30am weekday mornings 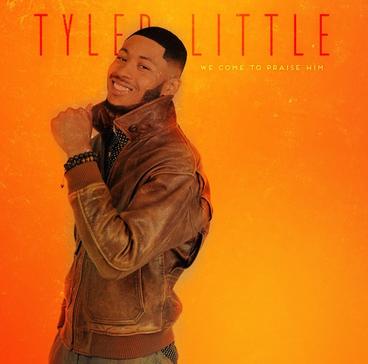 Having gone through the worst year of his life, Crown Freedom is dropping a fresh touch on previously written song ‘Leave My Side’ with a defiant new energy and title ‘Got God on My Side And What’, set to be released on the 24th May, featuring Meg Latham.

“Last year was hard to say the least. I dealt with a back injury, a close friend of mine passing, a character attack and friends turning their backs on me. Amidst all that, I felt a form of anxiety that was unfamiliar to me every time I had to perform. It felt like I had lost my ability to rap. I just didn’t want to do it anymore”

If you are more inclined towards an up tempo club house vibe with heavy bass lines, then this one is just for you. With summer around the corner, don’t be surprised when you hear this pop up.

As this is the Manchester based rapper’s first release since leaving The Message Hiphop Group, ‘Vital Signs’, Crown is back with a power anthem ‘God On My Side’, filled with hard-hitting lyrics, a heavy flow with thought provoking one-liners delivered with real energy. 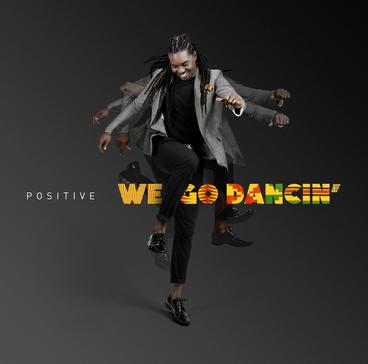 This song is a reminder that praise is a powerful weapon to bring confusion to the enemy. Often times in the word of God praise is used as a weapon so I really just have one question.... Unno Ready Fi Dance?
​ 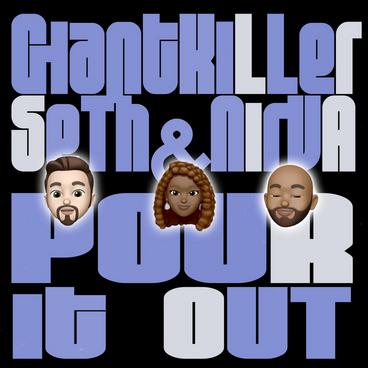 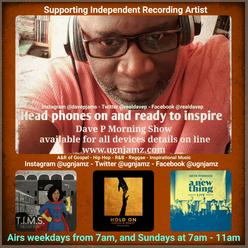 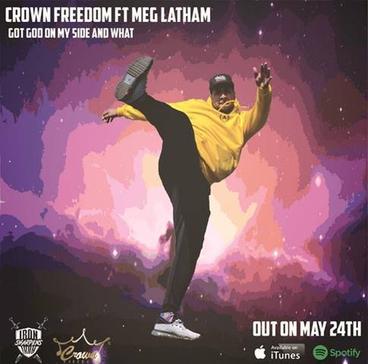 UGNJAMZ POWER PLAY TRACK OF THE WEEK (September 9th - 13th) #ugnjamzpowerplay #trackoftheweek at 7.30am and 8.30am weekday mornings

Marjane - I Choose You 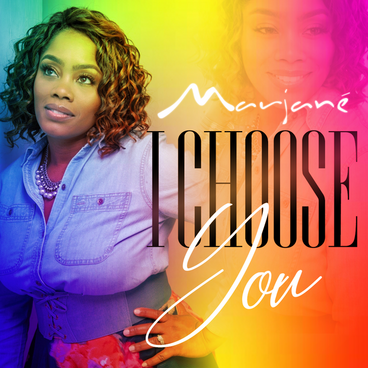 Tyler Little - We Come to Praise Him